About the Ibero-American Action League

Ibero will be a recognized and transformative force in achieving equity in New York State’s Latino Community by 2024.

We uplift, empower, and advocate for Latinos and their families.

We serve the underserved, the vulnerable, and those most at-risk without regard to race, ethnicity, gender identity and expression, or age.

We are committed to social justice and to addressing systemic disparities in housing, education, health care, entrepreneurship, and employment.

We remove systemic barriers by increasing access to an array of services that are person-centered, community-rooted, bi-lingual, and culturally responsive.

We will be sustainable by continuing to respond to emerging needs, increasing community partnerships, demonstrating measurable outcomes, and diversifying our revenue streams.

Our cultural competency, coupled with our passion, compassion and longstanding commitment to the community has made us a recognized leader. Our future indeed is bright. 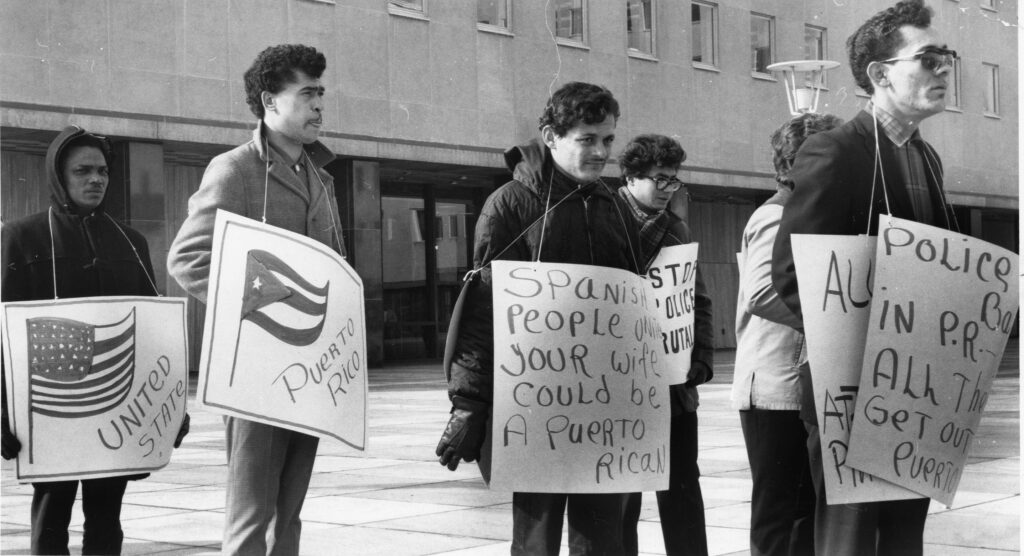 Over 50 Years and running

The Ibero-American Action League, Inc. was incorporated as a 501 (c) (3) nonprofit organization in 1968, with the help of the Catholic Diocese of Rochester.

The Catholic Church donated the building where the Spanish Apostolate was housed at Holy Redeemer Church to Ibero. This first office was located at 938 Clifford Avenue in the heart of the city, where day–to-day operations and services were handled by a staff of eight.  Its purpose was to provide resources to the growing Hispanic community in the
area.  Many of these families left Puerto Rico to work on farms in the Rochester area and as new arrivals, needed many services.

The Ibero-American Action League, Inc. quickly established deep roots in the Rochester community.  Many of the programs were geared towards helping those in need, especially Hispanics, so they could gain the necessary skills to raise their socioeconomic status and self-sufficiency.  The Bilingual Secretarial Training Program and the Skilled Trades Programs were two examples of the agency’s many initiatives during that time.

In 1971, the Ibero-American Action League established the Puerto Rican Arts and Cultural Center at 954 Clifford Avenue, on the corner of Clinton avenue and Clifford. Ibero also established the Biblioteca Manuel Alonso, a library stocked with Spanish-language books for the community.

In 1974 Ibero launched the Ibero-American Credit Union to offer financial services to the underserved communities of the Northeast Rochester. The Credit Union offered neighborhood banking and loans with bilingual staff.

In 1975, Ibero completed the construction of Los Flamboyanes. The 153-unit project included the iconic high rise building on North Clinton Avenue surrounded by town houses for families. At the time it was the largest affordable housing project in the country built by a Latino organization.

In 1981, the  Ibero Puerto Rican Arts and Cultural Center launched the Borinquen Dance Theater to preserve and promote traditional Latin dance and music.

In 1998, Julio Vázquez, the President and CEO of Ibero American Action League, saw the Charter School Legislation as an opportunity to improve the educational alternatives for city students. Ibero sponsored the development of the Eugenio María de Hostos Charter School. In March of 2000, SUNY approved the application and a charter was issued authorizing the establishment of the Eugenio María de Hostos Charter School. The school welcomed its first group of 120 Kindergarten through second-grade students in September 2000. During its first charter, the school grew to include grades K – 6. The middle school grades were added in September 2010. During its third renewal, the school was authorized to expand from 2 sections to 4 sections per grade level and to add the high school grades. EMHCS now offer bilingual education from kindergarten to the 12th grade.

In 2015, Ibero launched the first 24-hour Latin radio station in the state, outside of New York City. Poder 97.1 FM WEPL first broadcast was on November 30th, 2015 and after a social media contest, “Vivir la Vida” by Marc Anthony was chosen to be the first song ever broadcast on the air.

Today Ibero has evolved into an agency that serves individuals and families of all ethnic backgrounds, and our unique ability to target the Latino community remains unprecedented in this region. We have offices in Rochester, Buffalo, Albany, Amsterdam and Geneva. We’ve grown from eight employees to over 300 staff and owns Rochester’s first 24-hour Latin radio station, Poder 97.1 FM.

In 2018, Angelica (Angie) Perez-Delgado was named the seventh President and CEO in the 50-year history of the agency. Angie had previously worked at the Villa of Hope, where she served as Chief Administrative Officer/Chief Compliance Officer. While there her responsibilities included: executive oversight of all behavioral health services and administration of compliance; quality; organizational development; human resources; information technology; facility operations and enterprise-wide strategic initiatives. She has over 25 years of experience in the nonprofit sector and began her career as a substance abuse therapist before transitioning into administration in the last decade. Angie describes herself as one of the “lucky ones” from the city’s North Clinton neighborhood. Even though she experienced poverty, trauma and dropped out of high school, she was able to turn her life around through the services she leads today. Her personal experience of our failed systems as a young teenage mother, prepared Angie for her return to her roots and her current position as the President and CEO of the Ibero-American Action League.

Angie has a Master of Science in Health Administration from Roberts Wesleyan College and a Bachelor of Science in Community and Human Services from Empire State College. She has been a Credentialed Alcoholism and Substance Counselor since 2003 and became a certified Lean Six Sigma Black Belt in 2014. She is active with several community organizations and sits on the board of directors for Eugenio Maria de Hostos Charter School, Center for Governmental Research, University of Rochester Medical Center, RochesterWorks!, and a few leading organizations. Angie is a very active grassroots Latino community organizer in the Northeast part of the city of Rochester and participates in various advisory groups throughout the community. In her spare time, she enjoys spending quality time with her family and friends as well as riding motorcycles with her motorcycle club.

Miguel serves as our new Chief Community Engagement Officer. He is responsible for several several projects that provide internal and external resources to numerous impact efforts in the Rochester community.

Miguel has a strong background in Asset-Based Community Development (ABCD), organizing various efforts by building on community strengths. He has worked in the Community Development field for over a decade; organizing, leveraging, and advocating for quality of life improvements for residents living in Northeast Rochester. He has a proven ability to address the social determinants of health and has worked collaboratively to improve the built environment, safety, access to food and other essential health supporting amenities.

Miguel is a proud Northeast Rochester native having a bachelor’s degree in psychology from St. John Fisher College; with a minor in philosophy. He is a husband, father of three, who enjoys spending time with his family and finding other ways to serve his community through various boards and leadership opportunities.

Agustin joins Ibero with a background in banking and entrepreneurship. His background includes graduating fom Roberts Wesleyan College with a double major in business and is graduate of the Latino Leadership Development Program from the United Way of Greater Rochester. He also serves in a leadership role with a few local faith-based inner-city organizations.

Agustin is a proud husband and foster parent of refugee minors with Catholic Family Center. He enjoys the leadership of the Lord in his marriage, parenting, career work and traveling.

Eugenio Marlin serves as the Executive Vice President of Ibero-American Development Corporation, an affiliate of the Ibero American Action League, specializing in developing affordable housing and other structures for community use.

Eugenio was born in the Dominican Republic and moved to New York in 1971, and soon after he established himself in Rochester. He has been actively involved in the community ever since and is the longest tenured Ibero leader. Under Mr. Marlin’s guidance, IADC was instrumental in developing El Camino Estates and Pueblo Nuevo housing in northeast Rochester which consists of over 154 units of affordable housing. Additionally, IADC has led the charge with the El Camino vision plan and the implementation of programs aimed at empowering residents to become active participants in elevating the quality of life in their neighborhoods.

Prior to his role at IADC, he was vice president of Development and Communications at Ibero, where together with Julio Vazquez was instrumental in the conception and later development of the Eugenio Maria de Hostos Charter School, the first and very successful charter in Rochester. Through the years, Eugenio has served on various boards to include EMHCS, WXXI, Ibero, Puerto Rican Festival and Hispanic Lions Club among others. Eugenio was also named the 2017 Rochester Hispanic Business Person of the Year by the Rochester Hispanic Business Association and the 2021 Excellence in Construction – Individual Developer recognition.

Event payments are hosted by our affiliate Centro Cívico

If you're ready to make an event payment today, just click the button below to access our secure payment page. We accept Visa, Master Card, American Express and Discover.
Pay Now

Hosted by Ibero and our affiliate Centro Cívico in Amsterdam, New York

After you click the button, you will be taken to a secure payment page where you can enter the donation amount and your credit card payment information. We accept Visa, Master Card, American Express and Discover.
Donate Today
HIPAA Notice of Privacy
Corporate Compliance Plan
Submit a Concern